As one of the most respected potters of the 20th century, Dame Lucie Rie (1902-1995) was known for her finely thrown and beautifully decorated functional domestic ceramics.

She emigrated to the UK during the Second World War and began producing ceramic buttons for the fashion industry, after spotting a gap in the market as many British button factories had been requisitioned for the War effort.

This exhibition at the Centre of Ceramic Art (CoCA), York Art Gallery highlights this less well known area of her practice, displaying hundreds of her buttons alongside many examples of domestic wares she became celebrated for. 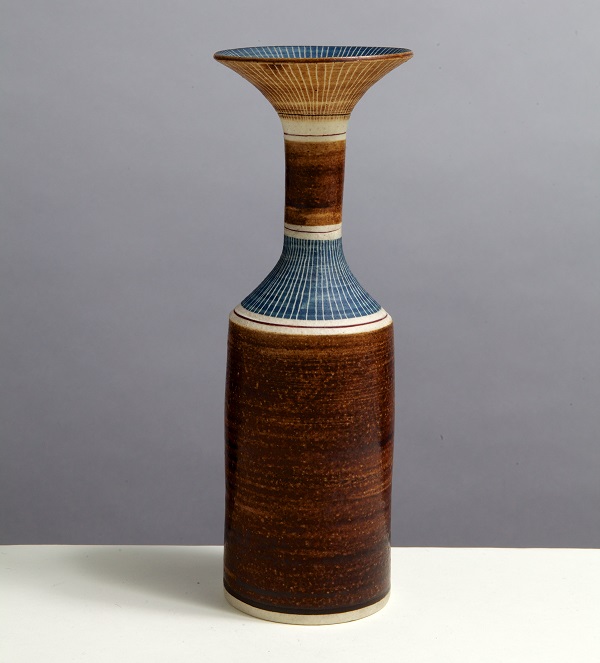 Please note: we’ll be making some exciting changes to this exhibition from 21-23 May which may cause some disruption. We apologise for any inconvenience this might cause.”