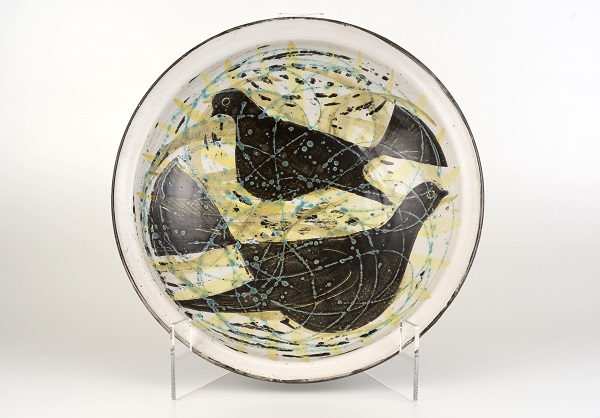 Margaret Hine (1927-1987) was known in the 1950s for her animal figures, but also produced painted dishes and ceramic murals. She studied at Derby School of Art and then went to the Central School of Arts and Crafts, where she studied pottery under Dora Billington, and the Institute of Education, where she studied under William R. Newland. In 1949-54, she had a studio in Bayswater, London, with Newland and Nicolas Vergette and they became known as “The Bayswater Three”.