I am an experienced gallery and museum professional having worked in both the public and charity sectors for 39 years. Although I have worked in Sheffield, London and York I have always lived in Sheffield where I was born and educated.

From 2002 to 2015 I was the founding CEO of York Museums Trust, an independent charity managing the previously run local authority museum service. I successfully led York Castle Museum, Yorkshire Museum and Gardens and York Art Gallery through major constitutional change and established York Museums Trust as one of the most successful museum and gallery independent charitable trusts in the UK.

My legacy in York includes the refurbishment of Yorkshire Museum (nominated for the European Museum of the Year Award in 2010), the newly expanded York Museum Gardens and, most recently, the successful £8 million capital development project of York Art Gallery where the gallery space was expanded by 60% enabling the renowned Centre of Ceramic Art (CoCA) to be created. York Art Gallery was one of the five finalists of the Art Fund Museum of the Year award. York Castle Museum has improved its displays and accessibility through a number of capital projects.

My other roles include being the founding Keeper of the Ruskin Gallery in Sheffield (awarded Best Fine and Decorative Art Museum in the European Museum Year Award in 1987) and the Director of the national Crafts Council from 1999- 2002. From 2005 until 2013 I was the chairman of Arts Council England, Yorkshire and a member of the Arts Council National Council. Currently I am a member of the Advisory Panel of the National Heritage Memorial Fund; a Director of the Guild of St George (John Ruskin’s Educational Charity established in 1871); Trustee of the Anthony Shaw Collection; a member of the Challenge Panel for the Museums Review being undertaken by the DCMS; member of the Humanities External Advisory Board for Oxford University and I currently lecture on the Oxford University Cultural Leaders and the Association of Independent Museums Leadership courses.

I was the Honorary Curator of the Turner Museum of Glass at the University of Sheffield from 1979 – 1999 in the Department of Ceramics, Glasses and Polymers. 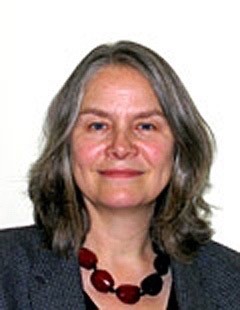 Based in South Yorkshire.